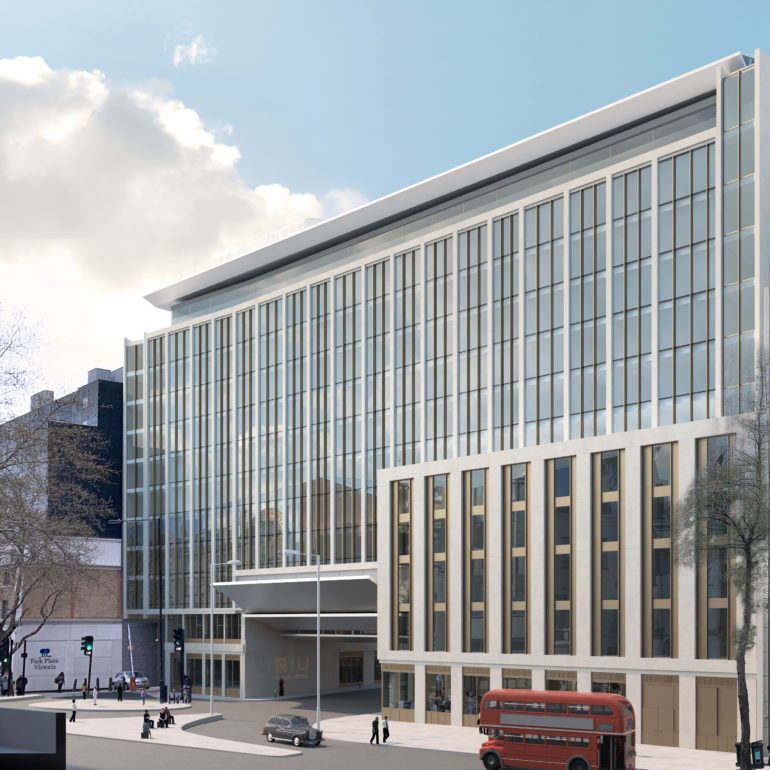 HE Simm – one of the UK’s leading engineering and services businesses – has secured a multi-million-pound contract to deliver MEP services at the new RIU Hotels project in Victoria, London.

Appointed by McLaren Construction, HE Simm will carry out the MEP services for the entirety of the 11-storey, 441-bedroom hotel, including an ancillary restaurant and bar space at the ground floor level of the site.

Catering for both business travellers and tourists, RIU Hotels’ new central London location – one of its RIU Plaza City Hotels – represents a new jewel in its global portfolio. The existing site comprises 13,496 sqm GIA office space, along with three A1 retail units at the ground floor level with an additional 1,097 sqm GIA.

Commenting on the news, Gareth Simm, HE Simm Group’s CEO, says: “We’re thrilled to have secured the MEP contract for the RIU Hotels new location. Working on a project that is bisected by a ring road – with no external site footprint and no tower crane on site – will mark this as an innovative technical project for our team.

“We pride ourselves on being family owned and run so this is an exciting prospect to collaborate with RIU Hotels – as they too are on their third generation of family ownership.

“It will also allow us to further our collaborative partnership with McLaren Construction, whom we have built a strong relationship with over many years of working together.”

Situated within the administrative area of Westminster City Council (WCC) the location represents one of the most developed environments in the UK. Adjacent to London, Victoria station, and with remarkable transport links, the new hotel will represent a key location for any visitor – whether for business or pleasure – to Central London.