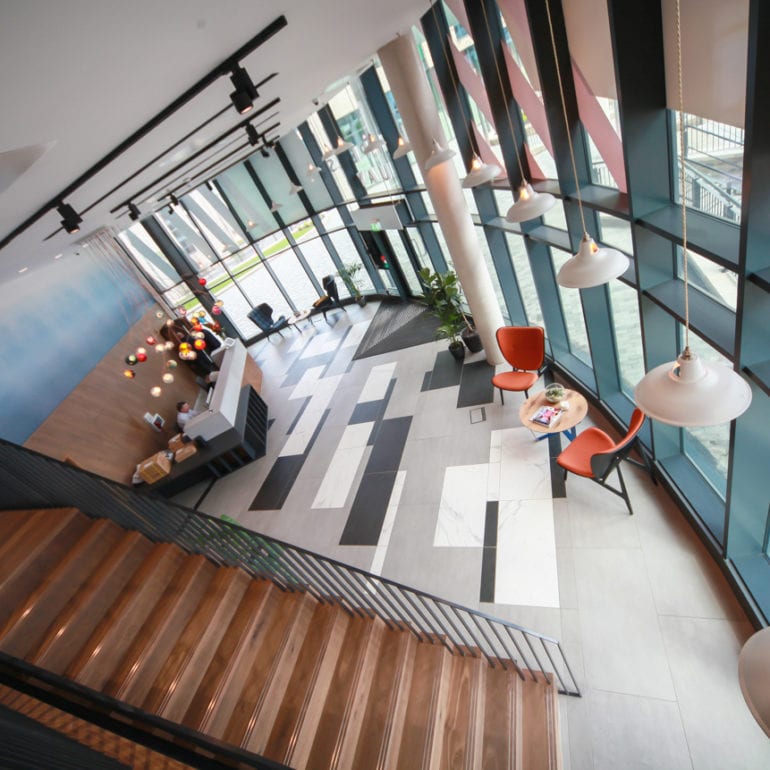 HE Simm, one of the UK’s leading MEP providers, has successfully completed its part in the delivery of Clippers Quay – a 614 apartment scheme, across five blocks, at Salford Quays.

Full design and build MEP services, along with the use of offsite manufacturing installation techniques – which sped up the first fix – saw HE Simm work a total of 148,000 hours, install 350km of cable and 12,023 light fittings.

Furthermore, HE Simm delivered the scheme though a local labour force, with 70% of its workers from the Greater Manchester area. 10 apprentices were also employed during the life of the project.

“We have a long-standing, successful, relationship with Sir Robert McAlpine and playing our part in the successful delivery of Clippers Quay will only add to this very special relationship.

“Clippers Quay is a fantastic development and one we are proud to have been involved in.”

Clippers Quay is named after the Clippers ships, famed for their speed, which transported tea and gold between Salford Quays and the USA.